Why do we still not have a national retrofit strategy?

"There has never been a greater need for a national retrofit strategy. The right time for one was decades ago, but that doesn’t mean we shouldn’t implement an ambitious strategy now" - Paul Testa

At HomeNotes, we are serious about bringing more information to homeowners about how to future-proof their homes. We talk with Paul Testa from Hem Architects about why we still don’t have a national retrofit strategy, and here’s what he had to say . . .

Buildings are responsible for about 30% of primary energy use in the UK and nearly half of all carbon emissions, according to the Climate Change Committee. Combine this with the fact that at least 80% of the buildings that exist now will still be in use in 2050 and we can see clearly that we need to reduce the energy demand of our buildings, including our homes.

Energy demand and carbon emissions, however, are only one part of the picture. The benefits of retrofitting homes such as from insulating a wall extend to helping improve homeowners’ health and lowering their long-term energy bills. Yet despite ardent campaigning from groups such as the Federation of Master Builders (FMB), the government has resisted calls to introduce a retrofitting strategy across the UK – even as part of its Heat and Buildings Strategy published in October.

There are lots of people who need funding mechanisms to incentivise and allow retrofitting to take place in their homes. These people are generally the most in need of the energy security, comfort and health benefits but are the least able to access these. This is why we need a national retrofit strategy.

The demand and need for retrofitting is huge. Cutting the UK’s carbon emissions is of great importance, while the cost of fuel is a big issue for many in the UK. According to the government, around 13% of English households are classed as fuel poor; these are people that will routinely have to decide between food and heating.

Retrofitting these homes to the highest standards would ensure homeowners remain comfortable with negligible heat input, and it would raise these households out of fuel poverty.

Well-performing buildings are also better for health and wellbeing. A building that has been retrofitted will likely have a better build quality, it will achieve better thermal comfort and air quality, and the risks of damp and mould will be hugely reduced. These homes are normally better performing acoustically and are quieter and calmer.

All these things combine to improve the health of the occupants and, ultimately, reduce demand on the health service. There is an estimated 42p saving to the NHS for every £1 spent on the retrofit of fuel poor homes.

"There is an estimated 42p saving to the NHS for every £1 spent on the retrofit of fuel poor homes."

And we can’t forget the economic benefits of retrofitting. Retrofitting work creates jobs across manufacturing, supply and implementation. According to the Energy Efficiency Infrastructure Group, a £1 spend on retrofit will return £2 to the economy and Cambridge Econometrics estimate that a programme of improving all homes to Energy Performance Certificate level C would sustain at least 108,000 new jobs.

Our awareness of climate issues and the urgency of the crisis are growing daily. There are already many “can payers” (people who can afford to retrofit) who don’t know how to approach their retrofit. But the industry isn’t big enough or sufficiently supported through legislation, funding and through a useful tax structure.

Professionals who are engaged in retrofit are swamped and can’t deliver at the pace of demand, yet this is still a tiny proportion of what is possible. There are also lots of “can payers” who don’t even have this on their radar and could have their awareness raised with the appropriate government drive.

What are the Pros and Cons of Introducing a Retrofit Strategy?

There are so many pros to a retrofit strategy that I can’t see any cons providing it was done well. However, a poorly-considered strategy without long-term funding, multi-term political commitment and clear delivery mechanisms that are easy to access could be worse than nothing at all.

For a strategy to work, the construction industry needs certainty. It needs to be able to upskill, where required, and invest in skills and infrastructure with confidence that the regulatory landscape won’t change again in a few months.

Without a long-term commitment the investment doesn’t appear or is lost overnight. This happened with both the Green Deal and the Green Homes Grant which led to a huge fall in industry confidence as a result and an overall reduction in retrofit work in the immediate years after.

Why don’t we have a strategy?

It’s hard to see why the government is resisting a strategy when the benefits are so clear. I think that primarily, the government is drawn to technological “fixes” that require little, or no, behavioural or wider structural change. Air source heat pumps, solar thermal, ground source heat pumps, hydrogen boilers, and biomass boilers have all been favoured by the government now or in the past. Apart from biomass, which is not a low carbon heat source, our net zero future will include all of the above. But we won’t get there with these alone.

There are also pressures from industry: retrofitting doesn’t have a big industry lobby unlike new build developers and energy suppliers with vested interests in variations on the status quo.

Then there is the difficulty in implementation. The first bit – the retrofit approaches – are already there to be used, so this portion of the work is relatively easy. LETI has produced a climate emergency retrofit guide; and there is Enerphit (the Passivhaus retrofit standard) as well as the Association for Environment Conscious Building (AECB) retrofit standard. The information is there. However, setting up a structure and delivery mechanism that achieves widespread high quality retrofit is a big challenge.

And of course, retrofitting nearly 28 million UK homes wouldn’t be cheap. The cost of undertaking retrofitting work to a high standard would be significant, and costs can vary depending on the size of a house, its energy efficiency, and how old it is.

Can we reach net zero without a strategy?

Some argue that we could reach our 2050 net zero goals without retrofitting our housing stock as we can decarbonise the grid instead. The Passivhaus Trust has done some detailed work on the best routes to zero carbon. The two ingredients to this are a decarbonisation of the grid and reduction of demand.

They asked the question whether we could do this with just decarbonising the grid. “The UK’s current grid capacity is 60GW and is projected by 2060 to only be 100GW. The peak load our homes currently demand is 170GW delivered by gas! In 2050 all sectors, particularly transport, will be drawing from this source as we electrify everything,” they said.

It’s clear from this that we must reduce demand too. We would quickly reach the point at which our grid couldn’t sustain the demands on it. Infrastructure takes time to develop and is very expensive.

When we have so little time to reach the 2050 net zero target, it feels crazy to be in a position that a national retrofit strategy isn’t already in place and working at full capacity. 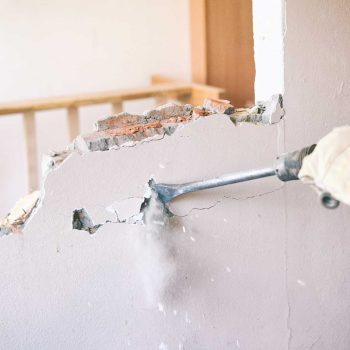 Living on site: Should I stay or should I go?

It’s tempting to try and ‘live in’ while your house is being extended or improved. Here we explain why that might not be the best option

Our HomeNotes Journal is here to bring you clear and up-to-date information for homeowners renovating their homes. For more in-depth help we provide online courses to help you get started the right way!

Natural Plaster – and why we can’t get enough

Want a material that is beautiful, and works hard for you? Look no further than Natural Plaster. We explain why we can’t get enough of it!

More homeowners are turning to online renovation courses as a way to save costs on their renovations. Take a look at our top picks!

Where NOT to scrimp on your renovation

Sometimes it’s tempting to cut corners and save a few pounds but it’s likely you’ll regret it in the long term. We share our top tips of where it doesn’t pay to scrimp in your dream home.

For those who have decided THIS is the year that they’re going to bite the bullet and renovate, Open House London is a chance to go and see some projects up close and personal. Here’s our list of recommended projects to go visit.

How to prepare your house for builders: 10 things you must do

When getting ready to receive contractors into your home it’s important to prepare your property. Get started with these 10 must do tasks!

Our 10 top tips to buying a house

Buying a house is potentially the biggest financial commitment you will ever make, so take the time to prep with our tips!

Check out the 15 incredible London renovation projects shortlisted for this year’s Don’t Move, Improve! Awards and get inspired!

Viewing a property: The ultimate checklist

You’ve done your research! But when you’re in the actual property, remember to consider the following things…

How much will my extension cost in 2022?

When it comes to home-renovating this is the most common question we get asked. So let’s get right to it, how do you work out the REAL cost? Read on to find out!

How to make the most of a Trade Show

Returning to thoughts of renovating your home? Then jumpstart your project by attending a trade show. But first make sure you read our top tips on how to make the most of your visit!

We asked a range of architects and experts working in the residential sector to give us their top tip for homeowners who want to renovate.

Everyone is concerned about increasing construction costs. We talk to BuildPartner about what measures home renovators can take to reduce risks for their projects.

Your handy guide to assessing builders

Linden from Weaver shares his a handy guide to assessing builders. So before a spade is in the ground, it’s worth taking a moment to prepare.

A neat solution for pendant lighting; we take a look at the clean design and appealing simplicity of the Little Bishop Pendant Hook 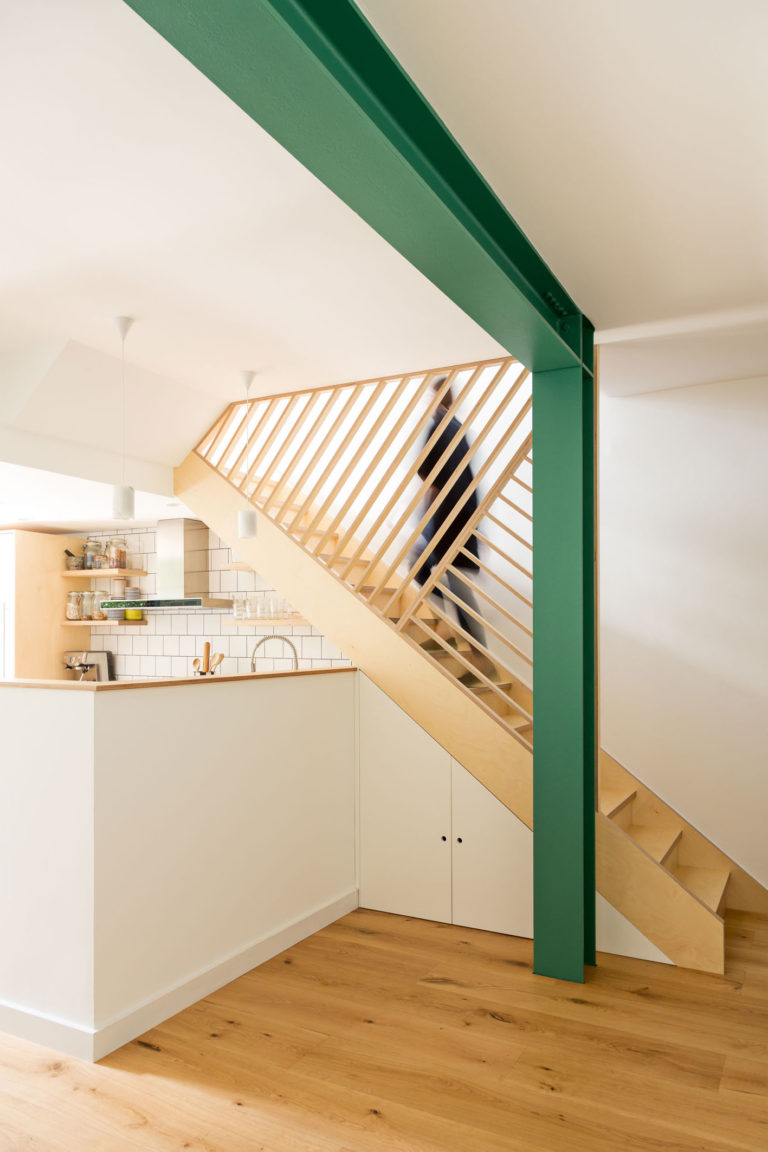 The ‘Iron Triangle’ you should embrace

It may sound daunting, but knowing about the ‘Iron Triangle’ in advance can help you plan your project and set realistic expectations.

Making the most of your outdoor space

If you’re living in London, then chances are you’re severely lacking in one department: outdoor space. But even if you only have a small patch to play with, this space can do so much for you with a bit of care and forward planning. 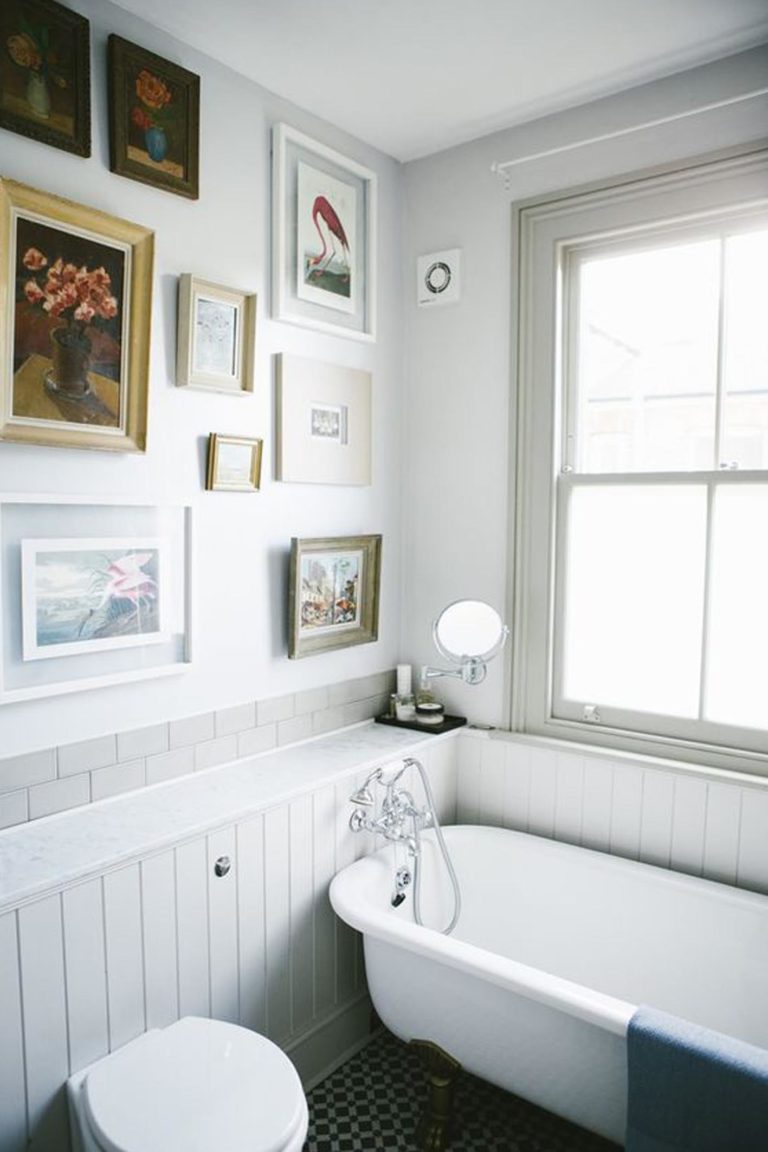 Your ultimate guide to extractor fans

Our complete guide answers all your extractor fan questions (even those you didn’t know you had!)

EJ Ryder and the world of joinery

Edwin J Ryder and his team specialise in bold, creative design and impeccable workmanship in their joinery and interior finishes. We spoke with Edwin to find out how they work with clients on their property renovations.

Good design isn’t just a luxury for those with the biggest budgets; it’s a sound financial decision for everyone. We take a look at The Modern House and their approach.

True or false: millennials are bad at managing money?

Research shows that millennials are the group most likely to overspend on their home improvements. Poor money management, or is there another explanation?

Our membership is launching at the start of June.  Sign up to get notified when it goes live!

Get monthly renovation articles, advice, news and offers to your inbox!